WoW: Mythic Dungeon Internationals - these are the classes that the pros rely on

Since their introduction with WoW Legion, the Mythic-Plus dungeons have become one of the most popular end-game contents in WoW. Shorter and easier to access than a raid, and thanks to various affixes and many dungeons also equipped with significantly more long-term motivation, tons of groups fight their way through Shadowlands' eight dungeons every day. Thanks to the scaling of the difficulty level, the feature also offers content for every type of player. While ambitious top players now master level 23 keystones, others prefer to spend their time in lower-level dungeons.

Blizzard quickly recognized the popularity of Mythic-Plus dungeons and continued and tweaked them with subsequent expansions. They also created the Mythic Dungeon Invitationals, which pitted select top players against each other in front of large audiences. Two teams, same dungeon, same level and affixes - the faster group wins. Later, this became what is now Mythic Dungeon International (since you no longer needed an invitation to participate). Now interested players can qualify for the Cups on special tournament servers, through which they then enter the Global Finals and compete for substantial prize money.

For spectators, it is not only interesting to see the high level of these players and the sophisticated tactics they use to optimize their runs through the dungeons, but also which classes and play styles they choose. In contrast to the live server, the pros on the tournament servers and also on the MDIs can simply put together their characters as they wish - without having to level them up and equip them. Instead, they choose a class, playstyle, and pact, and then equip them with the gear of their choice. So MDIs are always played with the best possible gear. And since the absolute top players know various classes inside out and can play at the limit, they usually go for the team setup that they expect to be the most successful in the dungeon - i.e. the "best" classes in the respective dungeon. But which classes are these? We took a look at the top players' choices at the first MDI Cup for Season 1 in Shadowlands.

The top players used these tanks

were often ridiculed and were rarely found in high-level dungeons.

This has changed drastically with the launch of Shadowlands. Hardly any top team can do without the Gleven wielder anymore. There are three main reasons for this. First, thanks to the switch in talents, there is a build that allows the Demon Hunter to extend his all-important Flaming Brand cooldown and spread it across multiple targets. This has successfully left behind the biggest weakness of the past, weak damage mitigation. Secondly, the Demon Hunter is very mobile, which makes kiting enemies much easier. This is often an advantage, especially at high levels, where mobs would otherwise send the tank to the Spirit Healer in record time. The third reason is the weakness of the Devastation Demon Hunter. In BfA, this was still very strong and enormously popular. Now, however, it can no longer keep up with other classes. However, since most groups still don't want to do without the Chaos Brand, this is another reason for the Demon Hunter tank. On top of that, they have a rich repertoire of useful abilities through the sigils, which they can use to pull enemies together, or cast silence or a fear effect on them.

were mainly used for the Necrotic affix. Thanks to their Legendary Souvenir of Ursoc's Fury, they could survive even with many stacks. This is because the shield generated by it was not reduced by the affix.

These healers were used by the top players

not only bring respectable damage, but also provide other benefits to groups.

For example, thanks to the shields, they survive abilities that would otherwise mean death, which ensures that some mechanics can be half-ignored or larger groups are pulled together, although you can't interrupt all the important spells then. Another important benefit is the Soul of Power. This allows the priest to give a powerful buff to one of the damage dealers if needed and increase their damage tremendously. This was especially done on big pulls with the fire mages, who could reach gigantic damage numbers with it. This way, the missing damage of the Discipline Priest could be made up for.

cause much more damage than the Priests. However, they have several small disadvantages compared to the priests. For example, their area damage is lower than that of Priests per Soul of Power. And, of course, they lack strong shields. In addition, Priests could gain small advantages here and there thanks to Mind Control and bring Mind Soothing, thanks to which some groups could be bypassed. In terms of pure healing, however, the paladins were even ahead. However, this only plays a minor role in the MDI. There, the players are so good that they hardly suffer unnecessary damage and the reason for death is very rarely a lack of healing.

These DpS classes were used by the top players

Despite eight different dungeons and even more affixes, the groups relied on the same damage classes almost across the

topped everything and was represented exactly once in every single team and dungeon thanks to its enormous damage. Some classes have advantages in fighting single targets, others can perform well on three to five enemies, and still others are good with very large groups - the Fire Mage can do it all, and usually better than any other class in the game. On top of that, he can activate time bending, which is important since shamans still don't play a role among the top players. So it's no wonder that nobody goes out without him.

But the wind runner monks

also bring enormous damage on the enemies. Their advantage over the mages: shorter cooldown on the interrupt and better control abilities. For this, most groups gladly traded a little of the damage from the mage. Especially since Mystic Touch was also on board - even if it is less important than the debuff from Demon Hunter.

Lawlessness Rogues were only used in one dungeon: Necrotic Aisle. Here, they were mainly used to sneak past enemies to collect weapons further back, which were then used for big pulls. Thanks to Mal of the Master Assassin, the rogues are very good at using the weapons. In addition, the Veiling Mist could be used very profitably in this dungeon. This is then joined by a single Shadow Priest

that was used in the first match, which turned out to be a bad decision.

Does your choice of top players match what you experience in your Mythic Plus dungeons, or do you see completely different classes when you're in the Keystone dungeons.

All readers get free daily news, articles, guides, videos, and podcasts on World of Warcraft, Pokémon Go, and other favorite games from us. Up until now, we've funded this site through advertising and kept it as free of paid articles as possible, but since COVID-19, that's become increasingly difficult. Many companies are cutting or eliminating their advertising budgets for 2020. Budgets that we are unfortunately dependent on if we want to continue to offer buffed free of charge in the future in the usual form.

WoW PvP Brawl: Starting August 18, we'll be going into a special variant of the Deep Wind Gulch battleground. Here is the news! 0

On Warcraftlogs, you can currently have your say on exactly how the World First race in TBC Classic Phase 2 should be rated. 3

Is WoW facing a content drought in the coming months? The discovery of some Dataminer gives hope for patch 9.1.5. to the home page The links marked with * are affiliate links. Affiliate links are not ads, as we are independent in our research and selection of featured products. For product sales we receive a small commission, which we use to partially finance the free content of the website. 19 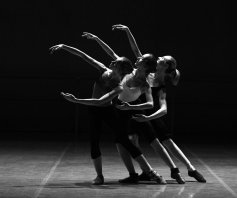