Easter is coming soon, which will be celebrated again in the online role-playing game WoW from April 18, 2022 - posh garden and all

^^. But before that, the Easter weekend is coming up in the real world, and before the WoW developers release you into Good Friday, they have a few hotfixes for you. Your adventure in World of Warcraft over the holidays should be as pleasant as possible.

The WoW hotfixes of April 13, 2022 will at least ensure smooth gameplay for rogues, as the outlaws among you have received bug fixes for the 2 bonus of their current tier set - even if they might rather regret the one adjustment. Also noted in the patch notes are adjustments to Tazavesh as well as the Mythic+ seasonal affix Encrypted, as well as the latest PvP adjustments. We've put the English patch notes for the hotfixes through the translator for you and polished them up - you can find the details below. As usual, you can find the original on the website of Blizzard's MMO World of Warcraft.

WoW: Final raid of the season of the championship will soon land on the PTR

We'll soon find out what changes Blizzard is planning for the final raid of WoW: Season of Mastery.

If you're interested in what will be the absolute #1 topic of conversation in World of Warcraft (buy now ) next week, check out the official announcement of the WoW expansion reveal livestream 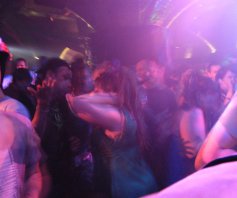